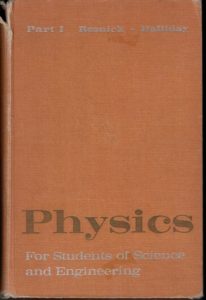 There are a number of definitions for an engineer.  The one I like the best is this:1

noun:  a person who designs, builds or maintains engines, machines, or public works.

verb:  Design and build (a machine or structure)

I always thought of an engineer as an applied scientist. The term “design” is typically conflated with “build and test. They are two separate phases of an engineering project to an engineer.  Design involves creating the concepts and documenting them such that a prototype can be built.  The building includes constructing a prototype, testing, and making design changes until the device performs its function as planned.

Similarly, a scientist is defined as:2

noun:  a person who is studying or has expert knowledge of one or more of the natural or physical sciences.

The difference between an engineer and a scientist is that an engineer has to make something work.  To work, the object designed has to follow the laws of physics and chemistry; not theory, or possibilities.  Often, thinking purely in theoretical terms blinds one to common sense and/or other theory that is overlooked.3  The scientist deals with possibilities; the engineer must deal with the impossibilities.

When Steve played the video at his book release party, I really didn’t know what to expect as I thought that secret chemical reactions that make life function would be revealed.

What I saw instead was tasks being performed by molecular machines. Impossible!  How could such complexity exist?  Inside a cell, impossible squared! I spent my life designing and building much simpler systems. I knew that the video was a vastly simplified representation. The complexity of all the process control details that must exist is staggering.

In a very real sense, what I was witnessing was magic. To this day, I do not believe those in the field of biology realize the complexity of what must exist in the cell.  Process control requires sensor, signal processing (think computer) functionality and actuators. It has to acquire the energy and matter required.  It has to get rid of the waste.  And reproduction???   ?

I truly believe that only engineers who have been involved with complex process control systems can appreciated the complexity that must exist in the cell, One does not realize the level of detail, the number of overlooked, or misunderstood issues, the wrong science or calculation that will cause failure.